State Archives holds many records relating to World War I

This Guide will help identify research pathways for tracing the stories of New South Wales soldiers and nurses, as well as highlighting a number of resources from our collection that provide background information to life on the home front during World War I. 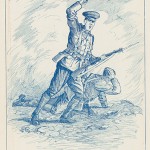 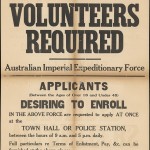 Many service men and women worked as public servants prior to World War I, and many were employed in the Public Service upon their return home.  Official figures published in annual reports of NSW Government departments soon after the end of World War I, show that there were at least 11,033 Government employees who were granted military leave from 1914-1918. This number comprises 8,477 Railways and Tramways employees,[1] 2,336 public servants (those employed under the provisions of the Public Service Act),[2] and 217 from the Police Department.[3] The figures include both permanent and temporary employees, but exclude casual and contract staff of which there are no known official figures for the period. It is important to note that not all of those who were granted leave were accepted into the military, and not all those who were accepted were sent abroad.

Of the 11,033 government employees listed, 1,659 of them were killed in action, with the highest number predictably coming from Railway and Tramway employees (1,210),[4] followed by public servants (400),[5] and policemen (49)[6]. According to departmental annual reports, the total number of Government employees including public servants, police, and railways/tramways employees up to 30 June 1919, was 66,362.

See the following fact sheets and guides on our website for more information about records relating to public servants:

Further information relating to public servants on military service can often be located in the records of various government departments, especially in correspondence records such as letters received and letters sent.  NRS 10958 Police Gazettes include regular updates of officers who enlisted and were later wounded or killed.  NRS 12922  Railway Personal History Cards include details of military service and participation in the 1917 Strike.  NRS 9873 contains photographs of doctors from 1888 to 1927 and may include doctors who served in World War I or became doctors when they returned.

Below are examples of record series in our collection which detail military service by public servants:

Details about military service can also be located in the annual reports of the various government departments.  These reports were often published in the Parliamentary Papers, many of which have been included in our online index, NSW Government employees granted military leave 1914-1918. 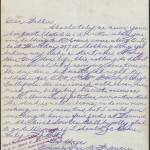 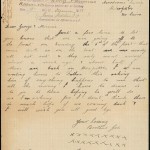 We provide access to the probate packets for people who died during the war period 1914-18. Probate packet item numbers are searchable in our catalogue. The probate index is also available at the Western Sydney Records Centre (WSRC).  For more details see Probate Packets Guide.

Deceased estates files can be found for some soldiers.  You can search our Online Index for Deceased Estate files by name or enter “Australian Imperial Forces” in the locality search field.

Many Australian service men arrived home with British wives.  Perhaps the most infamous war bride to make her way to Sydney was Tilly Devine. You can check for arrivals in NSW of British wives on the Inward  Passenger Lists 1918-1920 (microfilms 2100- 2114). The microfilm are are available in the Western Sydney Records Centre.

Some war-time marriages may have ended in divorce. See Divorce Records Guide for how  to locate divorce records.  Court reporting transcripts can also be a valuable resource for divorce cases. See NRS 2713, Transcripts of evidence of the various Courts and Royal Commissions and  Boards of Inquiry for more details.

The Returned Soldiers Settlement Act, 1916 (Act No 21, 1916) made provision for the dispersing of land to returned soldiers.  Subsequently, vast tracts of NSW were settled by returned servicemen and women.

For more information visit A Land Fit for Heroes?, a website dedicated to the memory of Soldier Settlement in NSW. This website includes a number of case studies that demonstrate what life was like living on Soldier Settlements.

The Soldier Settlement indexes are also included in NSW State Archives’ Open Data Project. The aim of this project is to identify data sets relating to the NSW State Archives collection and publish them in accessible ways. Data published by this project could spark new interfaces to the collection, create new possibilities for federated searching, or allow creative re-purposing such as in visualisations or in applications.  Read more on the GovHack website. 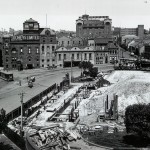 NSW State Archives holds a number of records that may contain information about World War I and individual people.  Our Guides and Indexes search option allows researchers to access all our subject guides and search options in one place.  Other records series that may be of interest include:

The NSW Premier’s Department was established as a separate entity in 1914.  It acted as the main link between the people of the state on the one hand, and the Commonwealth Government on the other.  It was also responsible for any business arising from the two NSW Houses of Parliament, any foreign correspondence and the Agency-General in London.  During World War I the Premier’s Department also liaised with Commonwealth based military bodies and other agencies concerned with the arrangement and execution of activities and functions associated with the war effort. New activities for the department at this time included the State War Council of NSW, the NSW Aviation School, and the NSW Munitions Committee.

For more details and research on war time activities of the Premier’s Department see:

For more details and research on war time activities of the Chief Secretary’s Department see:

Department of Attorney General and Justice

In 1911 the Department of Attorney General and of Justice was divided into two branches: the Justice Branch and the Attorney General’s Branch.  The Justice Branch was responsible for the Offices of Equity, Bankruptcy, Sheriff, Probate and Intestate Estates, and the Registrar General, as well as the Courts of Petty Sessions, Registrars of District Courts, Coroners,  and Gaol and Penal Establishments.  For the period of World War I records relating to the granting of military leave to public servants and the treatment of aliens can also be found.

For more details and research on war time activities of the Attorney General and Justice see:

For more details and research on the Railway Budget see:

The Department of Education produced a monthly periodical called the Public Instruction (later Education) Gazette (later Education) of which several copies were sent to all schools. In 1915 over 4,000 copies were being distributed across NSW each month. The Gazette contains some images and information relating to NSW schools during the war, such as patriotic fundraising activities. Some photographs of teachers as well as honour rolls are also printed within the gazette volumes: