Commemorating those who fought and died

How did the people of NSW commemorate those who fought and died in the War? 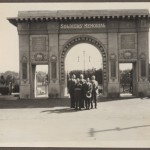 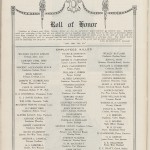 After the conclusion of World War I the people of New South Wales looked for ways to remember those who had died.  Metropolitan suburbs and small country towns planned a variety of memorials, ranging from carillons to rotundas, gates and statues. In Sydney, two major memorials were built, the Cenotaph in Martin Place and the ANZAC War Memorial in Hyde Park.  Schools, workplaces, businesses and unions also created Rolls of Honor and other physical memorials.  The first Anzac Day occurred in 1916 and has continued to develop as a national day of remembrance over the years.