The average national monthly enlistment figure for the last five months of 1914 was 10,512,[1] of which the most populous state, New South Wales, contributed an average of 4,152 each month.[2]  In early 1915 enlistment figures began to decrease before reaching a low point in April of 3,482 in NSW,[3] which coincided with the landing of the ANZAC forces at Gallipoli. In early May 1915 the first casualty lists and then the first official account of the Gallipoli campaign reached the Australian public.[4]  This came at the same time news of the German sinking of the passenger liner Lusitania was reported in local papers, followed by the release of the widely distributed ‘Report of the Committee on Alleged German Outrages’ (also known as the ‘Bryce Report’),[5]  which accused the German forces of human rights violations in Belgium. These events contributed towards a broad turning of the public’s attitude against people of ‘enemy origin’, while simultaneously creating a renewed vigour in the call to assist those fighting in the Dardanelles – reflected in NSW total recruitment figures for May and June 1915 with each passing the 5,000 mark.[6]   The need for an active national recruitment campaign was not officially recognised until the second half of 1915.[7]  By this time however, the states had passed a resolution (personally endorsed by Prime Minister Fisher) at the Premiers’ Conference held in Sydney on 10 May 1915, “to utilise the resources at their command for any further effort in recruiting which the Federal Government may deem to be desirable”.[8] Shortly after, New South Wales began a concerted recruitment campaign. Recruitment activities and funding were distributed through the State Recruiting Committee, which consisted of:[9] Under the direction of the State Recruiting Committee, at least 265 ‘recruiting associations’ were ordered to be set up across NSW in early July 1915; one in every country centre [Figs. 1-2]. These consisted of senior public servants such as “the Senior Police Officer, Officer of the Education Department” and where stationed “the Clerk of Petty Sessions [and] the Crown Land Agent”.[10] 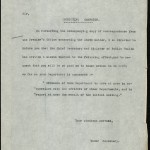 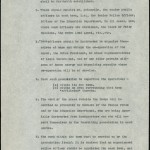 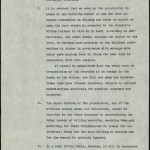 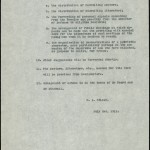 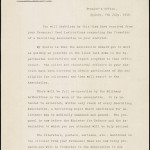 Each recruiting association supervised recruitment within its own town, as well as acting as a central hub for smaller surrounding towns. These smaller towns, or ‘affiliates’, were led by the local police and education department officers. An association’s primary function involved identifying, securing, and arranging the transfer of recruits (through local police) to Sydney or the nearest military recruiting depot for enlistment. Additional responsibilities included [see also Figs. 3-5]:[11]

The use of recruiting associations in the month of July 1915 contributed to the highest national monthly total reached for the duration of the war at 36,575,[12] of which NSW’s share was 8,961 recruits.[13]  On 28 September 1915 the inspector of Wollongong Police Station forwarded a summary of all volunteers for each of the recruiting associations (and some affiliates) in the Illawarra and South-Coast areas from their creation in July 1915 up to the end of September.[14]  The results, totalling 816 out of 2988 eligible men (27%), prompted the Premier to request this information on 13 October from all police stations in towns with recruiting associations in the state [Fig. 8].[15]  The figures forwarded to the Premier on 6 November [Fig. 10] showed a total of approximately 11,500 men had been accepted to enlist out of roughly 53,000 males deemed to be eligible (26%), although the estimates for 33 of the 265 associations were absent.[16] 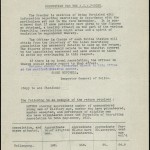 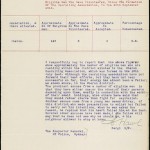 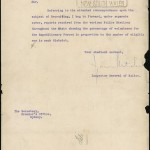 Search an index of the estimates received by Premier Holman. The original associations and surrounding towns are listed in NRS 905, Chief Secretary’s Department, Main series of letters received, 1826-1982, [5/7351] 15/28705. Volunteer results varied greatly between associations and affiliate towns. At this point in the war, a small number of large country towns such as Lismore and Corowa claimed to have had high numbers of volunteers proportionate to eligible men, while a greater number of large towns like Orange, Tamworth, and Kempsey had a lower response rate. Picton Recruiting Association claimed to have achieved three times as many volunteers in the period since the establishment of the association from July to September 1915, than the previous ten-month period.[17]  The low numbers of volunteers in some other centres was attributed to factors such as men being needed for the running of the family farm; and having one or more dependent parents. Some men in the Oberon district claimed they “would rather starve than fight for [a] capitalist”. One man said could not see why he should go (to war) while others in the area were allowed to remain [Fig. 9].[18] Between July and October 1915, at least thirty-six ‘outside bodies’, which mostly included a group of municipal and shire councils led by Hurstville Council, submitted resolutions passed at recent meetings which urged the Government to dispense with the services of any employees of ‘enemy origins’. Many of these bodies claimed the retainment of such persons was affecting recruitment.[19]

On 2 November 1915 each municipal council and shire was instructed to establish a ‘war service committee’ to oversee recruitment activities in local areas. Each included a recruiting sub-committee for the purpose of carrying out activities similar to those already served by the recruiting associations set up in July,[20] with recruiting sergeants working on the ground to make contact with potential recruits.[21] During November the recruiting associations were thus transformed into war service committees using existing personnel where possible, with the local mayors and shire presidents then in leading roles.[22] The fact that authorities were monitoring state recruitment figures very closely, is shown in the further request on 3 December 1915 for updated total recruits for the period between the beginning of the war through to 30 November 1915.[23] It was noted that the accuracy of this information, again largely based on approximations, was inconsistent in some cases with the figures provided in October.[24] This difficulty in acquiring reliable figures was the reason communicated by Organising Secretary James Howard Catts (pictured at right) in his request on 13 December 1915 for all recruitment activities and information relating to recruitment, to be placed under his authority.[25] The arrangement had in fact been the result of an agreement made between Premier Holman and Catts a fortnight earlier, to remove some of the burden from the workload of the Premier in the knowledge of a new national recruitment campaign directive from the Prime Minister’s Office.[26]