The creation of a Garden Suburb By 1910, much of the housing available in inner Sydney was overcrowded, unsanitary and often expensive.  When the first Labor government of New South Wales was elected in October 1910, John Rowland Dacey, the Colonial Secretary, pushed for the creation of garden suburbs with low cost housing for workers. Dacey believed:

The day is past when free Australians were content to be herded together in terraces of mere dog boxes …. the time has come when we should create a Garden City and provide houses of an up-to-date character at the lowest possible rental. [1]

The Housing Board was established under the provisions of the Housing Act, 1912. The Act provided for the Board to acquire land, construct and maintain buildings and to use or lease these buildings.  For the first time, the government could be a builder and landlord at the same time, thereby paving the way for the creation of Daceyville. [2] The original plans for Daceyville reflected an integrated design of family homes, wide boulevard streets and open spaces with trees and gardens.  The self-contained suburb would also include its own tram line, school, shops and maternity hospital. [Fig. 1-3]  The curator of the Royal Botanical Gardens, HJ Maiden, planned the landscaping.  A number of different cottage style homes were built between 1912 and 1916 and each design reflected the need, over the years, to reduce the cost of each cottage and the amount of time it took to build each cottage. 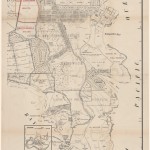 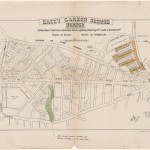 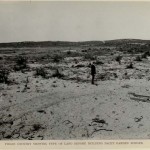 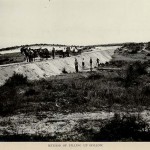 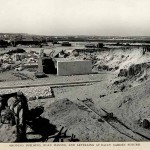 From sandy scrub to garden village

Construction work on Daceyville began on 6 June 1912.  The first task was the removal of sand dunes and sandy scrub areas to make way for the new road layout and the construction of a large storm water drain. [Fig. 4-7]  By June 1913 67 houses had been finished and the first families, selected by ballot, moved into Daceyville. [3]  By August 1915, 104 homes had been completed and in 1920 the last rental cottage was finished, bringing the total number of houses to 315, just over one-fifth of the original planned cottages. [4]

In 1915 a large hall was completed to be used as a picture theatre and six new combined shops and dwellings were being built.  In the following year a grocery, drapery, butcher and confectionery store opened. [5]  Daceyville Public School opened in 1917, replacing the infants school which operated from 1914.  Building in the suburb has slowed down by 1917 due to the “acute financial position”, which may be a references to the war. [6]

Community spirit and pride in the suburb were fostered over the years.  A garden competition took place each year and was judged by a staff member from the Royal Botanic Gardens.  Events were held to develop the camaraderie of the inhabitants.  One such event took place on 8 April 1916 when fairy stories were read to the children on the village green, including one story read by Ada Holman, the Premier’s wife. [7] 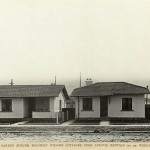 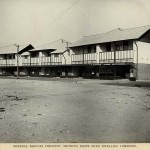 Initially, the first Daceyville streets were named after famous explorers such as Burke Crescent, Wills Crescent, Banks Avenue and Solander Road.  World War I brought about a change in that policy.  The Housing Board report of 1915 states:

Since the operation at the Dardanelles, however, it has been decided to commemorate the deeds of Australian soldiers by naming some of the streets after those who have fallen in the war. [8]

New streets , such as Major General Bridges Crescent and Captain Jacka Crescent, were named after Gallipoli heroes. Haig Park, a recreation reserve, was named after the British Commander-in-Chief.  Sergeant Larkin Crescent and Colonel Braund Crescent were named after two members of Parliament who were killed at Gallipoli. [9]  In 1916 the Lands Department requested that the Housing Board make 50 cottages available for returned incapacitated soldiers and soldier’s widows.  On 2 August 1916 Premier Holman handed over the keys to the first six cottages to the war widows. [10]  These two changes, the street names and the war widows, associated Daceyville with World War I rather than low cost housing for workers.