How the battle was waged

Newspapers were one of the main methods used to voice opinions on conscription. In New South Wales, the mainstream press was mostly pro-conscription, as were publications such as ‘The Soldier’. (1)  The most vocal opposition came from those publications that were linked to trade unions or workers, such as the Labor Party’s ‘The Australian Worker’, the Industrial Workers of the World’s ‘Direct Action’, and the Amalgamated Miners’ Association’s ‘Barrier Daily Truth’. (2) During the war, the editors of all three papers were charged under the War Precautions Act either for sedition or remarks prejudicial to recruiting. (3) 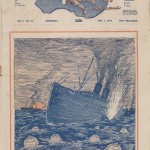 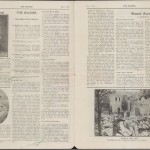 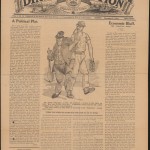 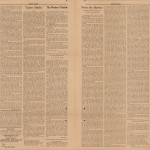 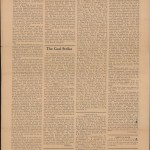 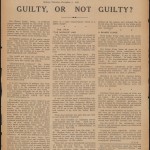 Pamphlets, letterheads and other printed material

Printing firms throughout New South Wales may well have benefited from the increased business as they were called upon to produce a variety of printed items for the various conscription causes.  Many groups had their own letterheads, which meant that every letter sent was also a vehicle for propaganda. 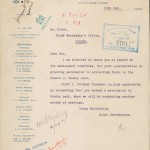 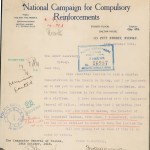 Handbills, posters, stickers and pamphlets (such as ‘The War Trust’) were also printed and distributed by some of the organisations. (4)  On the day of the first plebiscite, police confiscated a ‘How to vote No’ card from J J Patterson, the President of the Anti-Conscription League in Forbes, who was giving the cards out to voters. The police claimed that he had breached the Military Referendum Act, but in fact the card complied with the regulations regarding electoral advertisements and no action was taken. On the same day, Forbes police attempted to seize a ‘Vote No’ placard off the back of a truck. The placard did contravene the regulations, but was destroyed before police could retrieve it. (5) 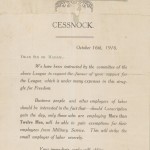 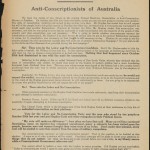 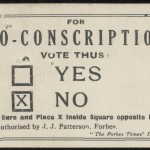 The main alternative to newspapers was public meetings.  Each Sunday, tens of thousands of Sydney-siders would congregate at the Domain to listen to the various speakers. Other Sydney locations were also used, such as Bathurst Street, Sussex Street, Paddington and Woollahra. Groups such as the Industrial Workers of the World, the Universal Service League, and the Political Labor League would bring in wagons and lorries to use as platforms, from which they would pronounce their views. (6) The IWW claimed to have held 120 Sunday afternoon meetings, 240 hall lectures, and over 300 outdoor street meetings in Sydney alone between August 1914 and October 1916. (7) Similar, although much smaller, meetings were also held at various rural locations such as Broken Hill, Bulli and Narrabri. (8)

As the debate over conscription intensified, the meetings became larger and more emotionally charged. On 13 August 1916, the police estimated that 80 000 people were in attendance at the Sydney Domain as the Political Labor League began to espouse its views against conscription. Hecklers in the crowd attempted to disrupt the speakers with interjections and ‘counting out’, and several rushes were made at the platform, causing a great deal of jostling and pushing to occur. The meeting was abandoned due to the risk of injury, however the crowd then moved straight to the IWW platform where a repeat of the same situation eventually caused their meeting to be closed down as well. (9)

Immediately after the event, the Metropolitan Superintendent of Police sent a memo to the Chief Secretary in which he strongly recommended that further meetings be stopped due to ‘the terrific surges of the mass of people’ moving from one speaker to another which, given the ‘inflamed minds’ of the people, could lead to riots. The Chief Secretary responded by immediately suspending all meetings to do with conscription. (10) 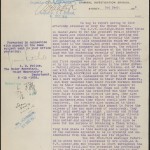 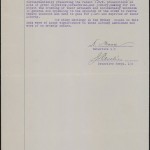 The PLL and other unionists were incensed by what they saw as restriction of freedom of speech, and large gatherings were organised in the Domain in protest. However by 1 October the Chief Secretary had relented and conscription-related meetings were being held there again, but permission had to be sought before a meeting could be held. (11)
The government kept a close eye on what was being said by the speakers. Plain clothes police were rostered on to attend the meetings, taking shorthand notes of what was said with a view to identifying seditious remarks or other potential breaches of the War Precautions Act. These notes were then sent back in typed reports to the Chief Secretary for action. (12)

On 28 October 1916 Australia cast its vote. Even the soldiers at the front were given the opportunity to make their voice heard in what was called the ‘Anzac vote’. (13) However the results were not as the Premier or the Prime Minister had hoped.  In New South Wales, 474 544 people, or 57% of voters, were against conscription. Nationally, it was a 52% ‘no’ vote. (14)

Some towns and suburbs had a majority vote either way. For example, in Mosman the ‘yes’ vote was 81%, while in Broken Hill, 70% of constituents voted no. However places such as Bexley, Naremburn, Gosford and Nowra were literally split down the middle, with only a handful of votes the difference. (15)

The Australian Government did not give up on the idea of conscription after the first plebiscite, holding a second plebiscite on 20 December 1917. Despite more emotional pleas for conscription from key leaders in government [Fig. 14-15], the ‘no’ vote was even higher the second time around. (16) It was a clear message from the people of New South Wales and Australia. 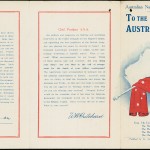 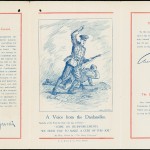 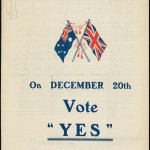 The conscription debate caused great division in the community both before and after the plebiscites. In the city there was more chance for breathing space between those with opposing views, but in small rural towns, where there was only one pub and one general store, locals had little choice but to rub shoulders with each other.

One Friday afternoon in October 1916, a few of the locals were having a beer at the Commercial Hotel in Goolagong (now Gooloogong) in Central Western NSW. The question, ‘Are you a conscriptionist?’ was all it took to set things off. After the brawl was over, Messrs Haydon, McKenzie, Edmunds and Ryan all found themselves summonsed to the Eugowra Court of Petty Sessions, where the magistrate likened them to a ‘pack of dingoes’. (17) They faced various charges including assault, riotous behaviour, and threatening words such as ‘I’ll have you, you coot conscriptionist’. 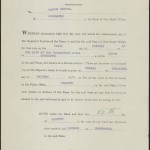 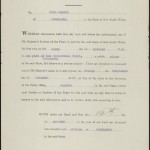 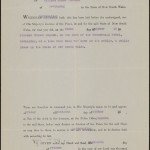 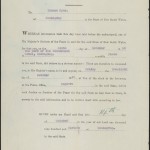 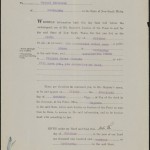 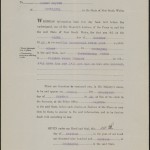 In Nyrang Creek, farmer Robert Newham was forced to place an advertisement in the local paper to defend his reputation and dispel rumours that he was in favour of conscription. In Murwillumbah, Mr D J Gillies placed an advertisement to propose a resolution that all anti-conscriptionists should refuse to deal, trade or associate with any person who advocated conscription. Incidents like these were repeated around the state even after the plebiscites were over. (18) 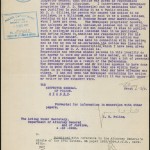 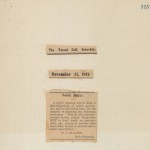 By the end of the war, Australia and South Africa were the only two Allied countries that had not introduced compulsory service. (19)

Conscription was a spectre that had been temporarily put to rest, but it would raise its head again during the next World War.