Run by women, for women

The role of women in patriotic fundraising 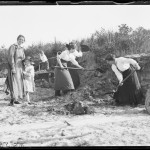 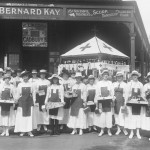 World War I provided the opportunity for women to participate in what has been called “public activism” at a level hitherto unseen throughout Australia. (1) The opportunity for Australian women to take part in the war effort, either by joining military organisations (as nurses or aids) or becoming involved in war work, such as munitions factories, was limited. (2) Therefore, Australian women looked to patriotic fundraising groups as one way for them to play a part and contribute to the war. 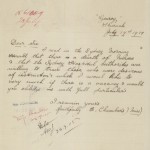 There is evidence that women did want to participate in the war effort. The Chief Secretary’s correspondence contains several letters written by women offering up their services. Ethel Revelle-Humphreys wrote to the Minister of Health on 25 May 1915 offering her services as a wards maid. [Fig. 1]  Ethel had four brothers fighting in the Dardanelles and was married but her husband could not enlist due to height restrictions placed on volunteering soldiers. (3) Another letter in a similar vein was from Miss E Chambers and written on 17 July 1915. [Fig. 2]  She was looking to volunteer to train as a nurse and her request was directed to the Red Cross Society. (4)

Organisations like the Australian branch of the British Red Cross Society were run by women and most of the volunteers were women. In fact, when Lady Helen Munro Ferguson, wife of the Australian Governor-General, established the Red Cross in Australia in August 1914, she appealed directly to women to volunteer. (5) In Sydney, women like Eleanor MacKinnon, jumped at the new opportunity to become involved. She became the Foundation Honorary Secretary of the NSW Red Cross Division, President of the 17th Battalion Comforts Fund, volunteered for the Citizens’ War Chest and founded the Junior Red Cross scheme in NSW schools in 1914. (6)

At the grass roots level, women also became involved, as the Australian Nurses’ Gift Fund shows. [Fig. 3]  A letterhead from 1916 lists the President as Mrs Walter Stone (Maud Stone), the vice-presidents as Mrs H. Austin-Eager, Mrs J F Dabbs and Miss F Hehagg and the Honorary Secretary General as Mrs T E B Russell. (7) Another document shows the large number of women who donated their time to patriotic fundraising ventures, this time the Win the War Day on 23 February 1917. [Fig. 4]  On this day groups of people were selling badges for the League and the list includes the names of women who were in charge of various sections throughout Sydney. (8)

The women who were the power behind patriotic fundraising groups though, came mostly from the elite, and the women volunteers were mostly from the middle classes of Australia. (9) It was these women who ran the committees, knitted socks, made jam, gathered fruit and vegetables for hospitals, built cottages for returned soldiers or wrote letters to serving soldiers. A breakdown of where the Red Cross branches in Sydney operated demonstrates this middle class bias. In metropolitan Sydney 52 branches of the Red Cross opened during the war but only three of them were in the working class suburbs of Annandale, Balmain and Erskineville. (10) 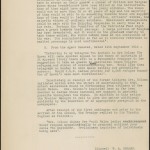 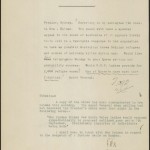 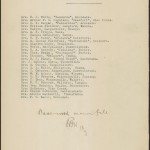 An example of this elite in action occurred in Sydney in September 1914. Early in September an appeal was received from Lady Coghlan, wife of the NSW Agent General in London. [Fig. 5]  She contacted Ada Holmes, wife of the NSW Premier, to ascertain whether NSW “ladies would undertake to accept as their guests a number of British and Belgian women whose husbands had been killed on the battlefield.”(11) There was even talk of the Queen making a personal appeal for help to house these refugees. [Fig. 6]  Preliminary inquiries were made at the behest of Ada Holman to find homes for about 2000 refugees, with “ladies whose husbands are engaged in pastoral pursuits throughout the State”, [Fig. 7] as demonstrated by the list of names of women initially contacted. (12) In late September 1914 a Ladies Committee was established to grapple with the appeal. Lady Edeline Strickland was the President of the Committee and she was supported by Lady Cullen, Lady Anderson-Stuart, Madame Watteeuw, Mesdames D R Hall and a number of government representatives. By the end of September 1914 though, there were rumours of the NSW offer being declined by the British Government’s Belgian Refugees’ Committee and the King of Belgium and the plans came to nothing.

Working class women faced hard times in the war time economy. Although the large numbers of men volunteering for military service meant there were some new opportunities for women to be employed, many of these roles were still in the traditional areas of women’s work, such as secretarial office work, cleaning and domestic service. New opportunities for employment in war related industry was limited to fields like clothing and boot production and small arms factories. (13) Working women had little or no time to volunteer for patriotic fundraising groups, as they were already involved in supporting their own families, including husbands or sons serving overseas.