Where to go for service records 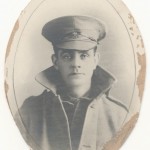 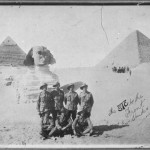 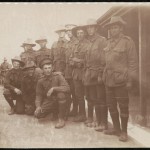 Recruitment for the Australian Imperial Force (AIF) got underway in New South Wales on 11 August 1914 at Victoria Barracks in Sydney.  At the time, NSW was Australia’s most populous state and a greater percentage of the population enlisted than that of any other state.  Over the course of the War 164,030 New South Welshmen enlisted, representing 39.8% of all males aged 18-44.[1] See Appendix 1 for a List of NSW units of the AIF

The National Archives of Australia (NAA) Discovering Anzacs website allows researchers to explore a growing selection of government records about soldiers, munitions workers, nurses, conscription, internment, wartime copyright and patents, defence correspondence and more. This website aims to have a unique profile of every Anzac who enlisted in World War One, linked to their official service record. You can help tell the story of Australian and New Zealand service men and women by adding your own family stories and photos.

Service records can also be searched through the NAA online database RecordSearch. These records are a useful starting point as they provide details of service number, military unit, battles and campaigns involved in, injuries and disembarkation.  The service records have been digitised. Population and enlistment details are also available for every centre in NSW from Abbotsford to Zetland.

Search Tip – Try entering the surname and then the first initial if you are having trouble searching the service records on Discovering Anzacs or RecordSearch.

The Australian War Memorial combines a shrine, a museum and an extensive archive aimed to assist Australians to remember, interpret and understand the Australian experience of war and its enduring impact on Australian society.   Their website includes a number of searchable databases: First World War Embarkation Rolls These Rolls can be searched by name, unit or place of embarkation.  Includes details of those who enlisted and served overseas in the AIF and the Army component of the Australian Naval and Military Expeditionary Force (AN&MEF) – approximately 330,000 Australians.   These Rolls are not complete. First World War Nominal Roll  Includes details of approximately 324,000 AIF personnel who served overseas to assist with their repatriation to Australia. WWI Red Cross wounded and missing lists  These files consist of approximately 32,000 individual case files of Australian personnel reported as wounded or missing during the First World War. Honours and Awards   Provides details of honours and awards to Australians while on active service with Australian forces. Honours and awards are conferred in recognition of gallant or distinguished conduct or service. See Appendix 2 for a List of New South Wales Victoria Cross recipients 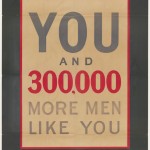 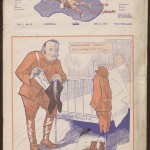 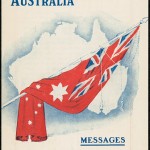 State Archives holds a variety of records related to War-time and post-War NSW.  Examples of these records can be viewed throughout this website. For an overview of the records we hold relating to World War One see Research using SANSW resources.

UK National Archives holds British Army service records from World War One. London Gazette Online  Searchable database that lists World War I medals, including despatches from commanders and descriptions of actions leading to awards such as the Victoria Cross.  Click on Advance Search then Historic Event – World War One.

State Library NSW holds over 500 World War One diary and letter collections which have been deposited with the Library since 1918.  Many of the soldier diaries have been transcribed from the handwritten entries.  A selection of images relating to NSW Railways features in a new online exhibition, NSW Railways Remembers.