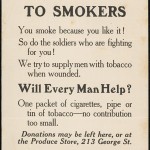 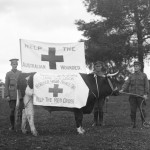 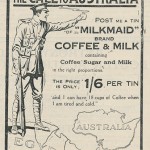 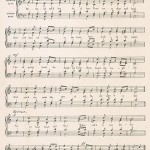 It has been said that the Australian soldier was looked after better than any other man in the field. All I can say is he was worth it.(1)

Throughout Australia a wide range of patriotic, comfort and voluntary aid organisations sprang into action as soon as war was declared. The vast amounts of money raised and goods donated not only went towards providing vital comforts for Australian soldiers, but to help out Australia’s Allies, such as France, Belgium, Poland and Russia.

The Boer War at the turn on the century set the precedent for patriotic fundraising. In that conflict, private subscriptions and funds (as opposed to government money), were put towards the repatriation of soldiers and the care of their dependents.(2) However, at the beginning of World War I, the Federal Government decided to take on the responsibility for the repatriation of soldiers, the care of wounded soldiers and the ongoing care of soldier families.(3) Fundraising groups, therefore, had to look for new avenues to support the war effort.

Ernest Scott, in his chapter on The Patriotic Funds in Australia during the War, Vol. XI of The Official History of Australia in the War,(4) identified three primary forms of aid:

The commitment and enthusiasm shown by the patriotic fundraising groups of all types lasted throughout the war years. Ernest Scott estimated that up to 1919, patriotic funds across Australia raised at least £12,121,872 and New South Wales contributed an estimated £4,877,045.(5)

The NSW Government also continued to give generously to patriotic funds. A NSW Treasury report shows that from 1914 to 1916 the Government had donated a total of £87,035 to patriotic funds since the outbreak of war, with the two largest donations being to the Allies Day Fund (£29,674) and to the Belgian Relief Fund (£28,307).(6)