In New South Wales, the most prominent example of the divisions caused by the conscription debate came from the Political Labor League (PLL), which was the New South Wales branch of the Australian Labor Party. To use Premier Holman’s words, conscription was an issue that ‘deeply divided’ the Party. (1)   The PLL was one of the state’s key opponents to conscription. While it maintained that compulsory service at home was justified for the purposes of defending Australia, the majority of its members believed that overseas service should be voluntary. (2)

At its core, the Labor Party was comprised of trade unionists who represented the working class. (3) There was significant resentment amongst Labor members that the majority of pro-conscriptionists were not liable for the military service that they would enforce upon others – people such as high-placed officials, members of the employing class, university professors, and society women. (4) This was reflective of a broader sentiment in some sectors of society that conscription, and in fact the war itself, was a class war waged by capitalists against the workers, and that the workers would be the ones to suffer. (5) Premier Holman did little to discourage this viewpoint, stating that university students and intellectuals should not enlist but should devote their intelligence to issues at home. (6) As most university students at that time were from the wealthier classes, this of course implied that it was the working man’s job to go and fight. Although he fully supported Britain, and in fact, two of his three sons were on the way to the front, Rae declared that he could not support compulsory service. One of his arguments was that if everyone of military age was sent to fight, the work of the factories, offices, schools and farms could not possibly be carried on at home, which would have a huge impact on the New South Wales economy. (8) Rae also raised the concern that conscription would subject those who remained at home to militaristic rule which would constrict the freedoms of workers, preventing them from striking or otherwise agitating for their rights and leaving them vulnerable to exploitation from employers. This was a view shared by others, including politicians at the Federal level. (9)  Rae’s motion was carried by a large majority of the Labor members present. Sadly, two of Rae’s sons did not survive the war. (10)

On 30 August 1916, Holman wrote to the PLL Executive to express his views on conscription. (11) Holman declared that ‘… I have always been, and am still, an anti-conscriptionist’, however in true political style, he maintained that conscription only referred to compulsory service in times of peace, not in times of war.  In Holman’s view:

…any sacrifice which will secure the complete victory of the Allied army appears to be quite justified…if war cannot be won without compulsory service, I am entirely in favour of [it]…

In fact, Holman was so in favour of it that in September 1915 (a full 12 months earlier) he had been appointed one of the Vice-Presidents of the Sydney branch of the Universal Service League. (12) The League advocated ‘universal compulsory service at home or abroad, in the battlefield or elsewhere’, and supported the introduction of legislation for the above purpose. It was to become one of the State’s main pro-conscription organisations. 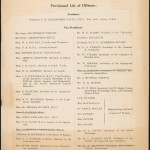 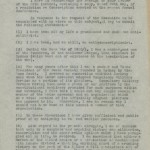 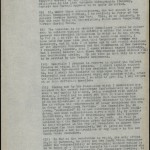 However, the Labor Party was so strongly opposed to conscription that in May 1916 they had passed a resolution to refuse endorsement of any member of the Labor Party that supported conscription. On 15 September 1916, the Party withdrew its endorsement for Premier Holman and three other Labor members. Eventually, they expelled the Premier and twenty-one others, carving away exactly half the Caucus. (13) True to Holman’s words, conscription had deeply divided the Party.